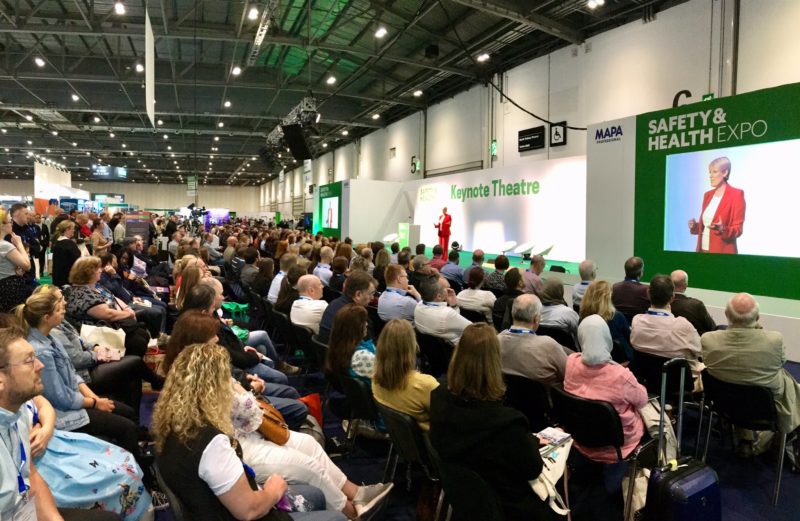 Safety and Health Fair – What We Look For In A Speaker

“Aaron Henkin here, from WYPR Studios in the 2200 block of North Charles Street. “

When WYPR’s Aaron Henkin — with a voice made for radio — broadcast the very first Out of the blocks episode in 2012, it was “kind of a formal experience,” says Henkin. He had no idea it would turn into a nine-year series with a catalog spanning over 80 episodes recorded in multiple cities. This summer marks the final season as Henkin prepares to move on to a new project.

Henkin is known for his storytelling. (By the way, his wife, Jessica Henkin, is a co-founder of the Stoop Storytelling series.) His previous radio series The signal was devoted to exploring Maryland’s thriving arts and culture scene.

“I’m fascinated by people with unusual jobs and the perspective that gives them life,” says Henkin, over the phone from the backyard of his house, the birds chirping loudly in the background. This interest inspired Henkin to find stories he didn’t know existed.

“It was the kind of long time that came before the bulb moment,” he says, referring to the idea of ​​wandering the lives of complete strangers and finding their stories in a block.

“One block is this honeycomb of all these independent lives that are one wall adjacent to another,” says Henkin. “But when you listen to them all together, you get the greatest story of a place.”

At the time, Henkin contacted Wendel Patrick, who had been a guest of the Signal, on using some of his “instrumental stuff” for this new series. Patrick was intrigued and offered to take it a step further and create unique music for each episode based on the story. Patrick became a co-producer and helped Henkin document his interview topics through accompanying photography and videography.

“One block is this honeycomb of all these independent lives that are one wall adjacent to another,” says Henkin. “When you listen to them all together, you get the greatest story of a place. “

The very first area they focused on was the 3300 block of Greenmount Avenue. “We liked the idea of ​​these city blocks that are hidden from view in a way,” says Henkin. “There are some parts of the city that get a lot of media attention, whether flattering or negative. But he wanted to find a block that was a “central block – the kind of block you pass without even realizing you’ve been there.”

“These small independent family businesses. There are certain critical moments in life on these sidewalks and there was a good cross section of entrepreneurs and locals. Henkin just started showing up and hanging out every day. He would walk into different companies, introduce himself, and be just a silent observer. No microphone. No questions.

Henkin and Patrick met people who had been in Baltimore for generations, but they also met immigrants from all over the world. A take-out chicken store run by Afghan immigrants, a pawnshop of Ukrainian-owned jewelry, the daughter of Chinese immigrants who helped her parents run their restaurant, a convenience store with a store owner from Eritrea, a country in North East Africa on the Red Sea coast. “It was a miniature UN,” says Henkin. “Not many people realize that Baltimore is truly a city of immigrants.”

His methodology – “radio journalists are turned off by what I do,” he laughs – was to ignore the cardinal rule of “always record” and let people know about it. It took weeks before he got his recording equipment out, not before he knew everyone’s names and they knew his. Of course, people are skeptical and keep you at bay first, he says. Its aim was simply to be as “authentic as possible in the philosophy of this project”.

His methodology was to ignore the cardinal rule of “always save” and just let people get to know him.

After several weeks, people got used to seeing Henkin wandering around with all his gear. He would sit and interview his subjects for 45 minutes or more, knowing that what would air on the radio would be a little snippet – a little vignette of those big lives they were leading.

What he found was that “people are actually quite willing and able to talk about their lives when you are there as an active, non-judgmental listener. It’s like therapy. His subjects were often surprised by what they were ready to talk about. He would just give people time and space to talk. “Being comfortable with silence is an integral part of a good interviewer,” he says.

After almost a decade of work, Henkin has heard countless immigrant stories, incredible love stories, and stories that still haunt him years later. “I’m not a registered therapist, not a community activist or politician, but my goal is to take those moments and amplify them so those voices and stories are heard.”

Henkin quotes poet Muriel Rukeyser who once said: “The universe is made of stories, not atoms. For him, knowing that listeners are listening to these stories means that his subjects have left their mark. “I take the meaning of the idea knowing that every story I hear is in turn heard by thousands of people. “

But not everyone wants their stories told. “I became comfortable with rejection,” he says. He likens it to 25 first dates every time he walks on a new block. “With some you are going to get along and have an immediate relationship and some people will not want anything to do with you.” Its intention is never to interfere in the lives of people who do not want to participate.

And then there is what he calls “the elephant in the room”. Henkin is white. A lot of the people he interviews aren’t. “Part of the job is to absorb the skepticism of the people around me and earn any iota of trust that is given to me,” he says.

Henkin quotes poet Muriel Rukeyser who once said: “The universe is made of stories, not atoms.

As the series progressed, Henkin increasingly tried to work with field producers who are “ambassadors of this block”. This was especially true when they started telling stories about other cities outside of Baltimore.

Through distribution from PRX, a non-profit media company specializing in audio journalism and storytelling, as well as grants from many sources including the Corporation for Public Broadcasting and the National Endowment for the Arts.Out of the blocks was launched to an even wider audience. The scholarships enabled Henkin and Patrick to take Out of the blocks to, well, other blocks including Seattle, St. Louis, Atlanta, Detroit, Oakland, Juneau, Alaska and an Indian reservation in South Dakota. They even spent a week in Seoul, South Korea.

And now, as Henkin prepares to move on, he hopes that what he started – “it’s not rocket science, this methodology” – will continue with other storytellers. “It’s a lot more interesting than if we keep doing it ourselves,” he says. “Wendel and I accomplished everything we wanted to accomplish. It’s a wave of momentum beyond anything we could imagine.

It’s time for the next thing. Henkin has always loved the idea that all of his shows, every episode, are “an act of faith and trust in the eventual generosity of chance.” And so in this perspective, he is working on a new program that will ask the question: what do listeners want to know?

“We hope to bring fortuitous moments of joy to the radio,” he says. Henkin imagines solving mysteries, answering burning questions, and heading for rabbit holes, all at the behest of listeners.

No matter how many people Henkin polls, he wants more. He enjoys the mutually beneficial experience of storytelling. The person telling this story gets something from it, and “the act of listening is really a fundamental way to grow as a human being.”

Henkin says he never took anything for granted: his subjects, the confidence of the radio station’s management, all the listeners.

“It fundamentally changed me as a person,” he says, “and I’m really grateful for it. “